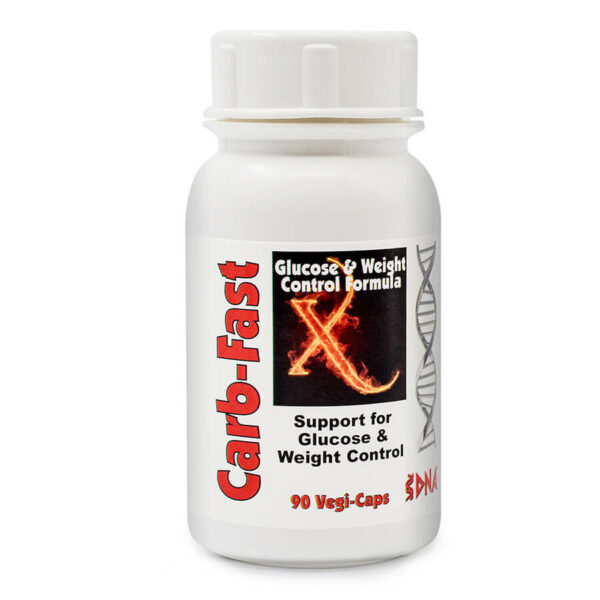 DNA Carb-Fast is an advanced natural supplement that maintains and keeps the the glucose/insulin balance and body weight at an optimal level. It contains a spectrum of herbal extracts which help in reduction of excess weight. DNA Carb-Fast helps regulate insulin secretion (Insulin increases the storage of fat in fat cells and prevents the cells from releasing it for energy) and balances blood sugar which leads to lean body mass as less sugar is stored as fat.

Pay over 3 EQUAL zero-interest instalments of R61.67 with PayJustNow.
Find out how...

Contains no preservatives or Fillers

Directions for Use: Take 3 caps half an hour before your main meal.

Milk Thistle
The liver is the major fat burning organ in the body and regulates fat metabolism by a complicated set of biochemical pathways. The liver can also pump excessive fat out of the body through the bile into the small intestines. If the diet is high in fiber, this unwanted fat will be carried out of the body via the bowel actions. Thus the liver is a remarkable machine for keeping weight under control, being both a fat burning organ and a fat pumping organ. If the liver does not regulate fat metabolism efficiently, weight gain tends to occur around the abdominal area. While the other organs rest at night, repairing and rejuvenating for a new day, the liver is hard at work processing waste from the body, natural waste from cellular energy production, and unnatural waste from artificial additives in food and chemicals in water.  For centuries, Milk thistle has been revered as a “liver tonic”, and research studies now show this herb to be highly effective in repairing damage to the liver from toxic chemicals and medications.

Gymnema Sylvestre
Appetite Suppression: The primary bioactive constituent of gymnema, known as gymnemic acid, is found in the leaves and roots. Gymnemic acids are sweetness inhibitors and will reduce the taste of sugar, or “sweetness,” in the mouth. Researchers tested the effects of Gymnema on average weight persons who were fasting and found that those who took Gymnema one hour before being offered food, ate less than the participants who had not consumed gymnema.

Blocks Sugar Absorption: During digestion, gymnemic acids have a “sugar blocking” property.  Structurally, gymnemic acids are very similar to glucose and behave in the intestine in a similar way. When gymnemic acids lock in to intestinal receptors, they effectively lock out glucose. This prevents sugar from being absorbed. This effect has a twofold benefit in that it helps balance blood sugar, and it promotes lean body mass by lessening the amount of sugar that gets stored as fat.

Fenugreek
Fenugreek helps fight obesity. A study published in Current Therapeutic Research found that fenugreek produced “significant body weight and fat loss in obese adults.”  Individuals in the study saw these benefits without changing their previous diet or activity levels.  The people taking the fenugreek supplement reduced their waist circumference, hip circumference and their upper abdominal circumference.Fenugreek can improve most metabolic symptoms associated with both type 1 and type 2 diabetes by lowering blood glucose levels and improving glucose tolerance. All this can lead to weightloss and better glucose control.

Phaseolus Vulgaris
The seeds of the Phaseolus valgaris contains an inhibitor of alpha-amylase.  This alpha-Amylase inhibitor is identified in the protein fraction of the bean.  This protein binds with the active sites of alpha-amylase and prevents the starch metabolizing activity; hence is it also called a ‘starch-blocker’.  An alpha-amylase inhibitor inhibits the digestion of starch thereby potentially improving postprandial carbohydrate tolerance in people with low glucose tolerance.  As excess dietary carbohydrate is metabolized into fat; inhibition of carbohydrate digestion may help in weight management as well.

Cinnamon (Cinnamomum verum)
Cinnamon  helps to stabilize and regulate blood sugar (slowing the absorption of food so that the body feels full for longer periods of time with the same amount of, or fewer, calories) and reduces cravings. Cinnamon also helps move fat from the liver so that the body can use it for energy. Metabolizing fats more readily also lowers LDL (“bad”) cholesterol. Cinnamon does not necessarily cause the body to release stored fat or increase metabolism. What it does, however, is normalize the burning and digestion of fat. This can make a huge difference in  weight loss. Cinnamon is an anti-fungal and may help to kill off parasites and yeast overgrowth (Candida). Ridding the body of parasites is paramount to permanent weight loss as parasites need fuel (easily digested sugars, mostly) to reproduce. They cause intense sugar cravings and the desire to overeat. Also—the body will try to rid itself of these freeloaders and if it’s spending energy on that, it’s not going to have much left for metabolizing fat.

Curcumin Longa Extract
Studies have shown that turmeric increases the flow of bile in the stomach which helps to break down fat.  Another way turmeric aids in weight loss is it helps fight insulin resistance and controls sugar levels. Researchers  tested curcumin directly on adipose tissue and found that it significantly lowered serum cholesterol and proteins that play a role in fat production. Curcumin speeds up fat metabolism and has an overall lowering effect on body fat and total weight. The researchers concluded that curcumin is of benefit to people trying to lose or maintain weight.  Curcumin can regulate the formation of fat cells and lower the production of leptin in fat cells. All overweight people produce way too much leptin due to their extra pounds of fat. Too much leptin can cause the liver to accumulate fat cells, leading to fatty liver, type 2 diabetes and liver malfunction. Curcumin can protect your liver from leptin’s negative effects.

Our synergistic formula addresses all the above problems as well as the following: 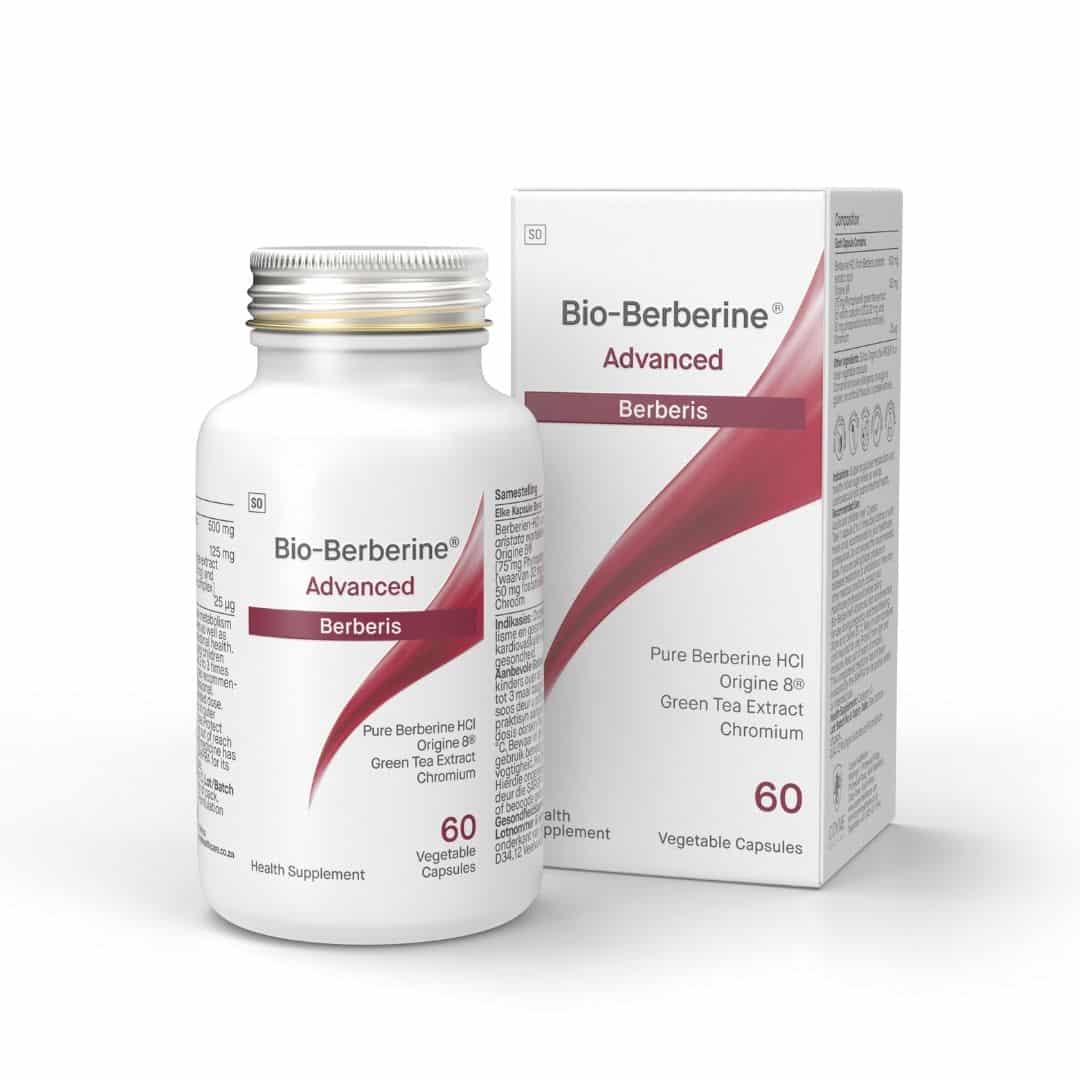 Coyne Healthcare
R470.00 Read more
Add to Wishlist
Add to Wishlist
Label
When you see this symbol appear next to one of our products – it means you are shopping and supporting a proudly local business! 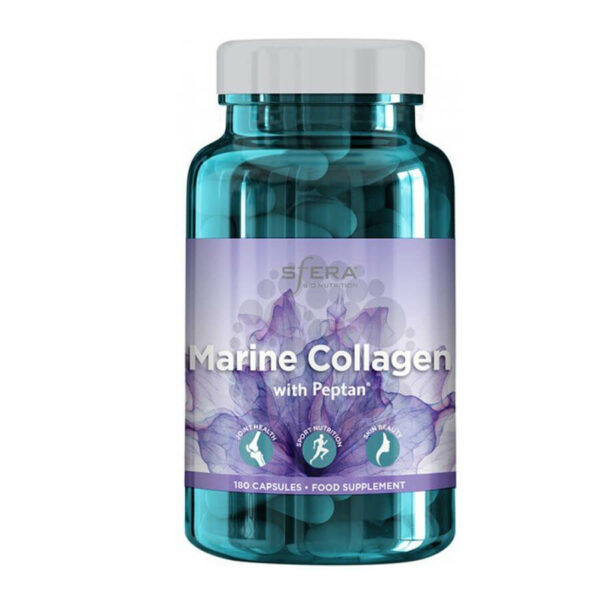 Sfera Bio Nutrition
R575.00 Add to cart
Add to Wishlist
Add to Wishlist
Label
When you see this symbol appear next to one of our products – it means you are shopping and supporting a proudly local business! 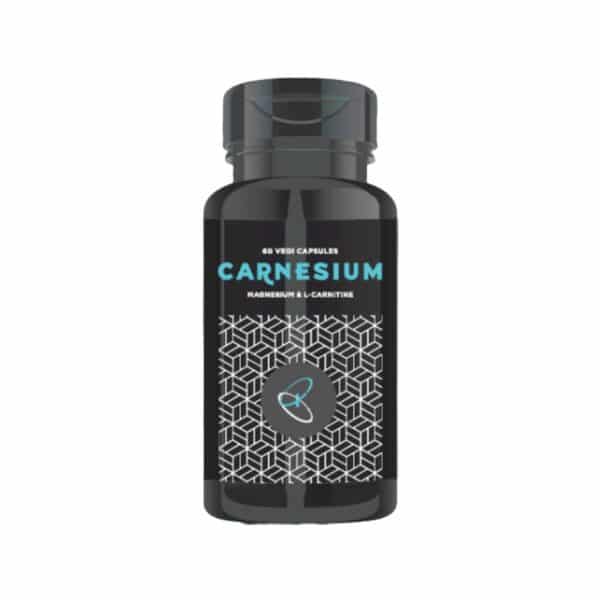 Kaizen Health Care
R180.00 Add to cart
Add to Wishlist
Add to Wishlist
Label
When you see this symbol appear next to one of our products – it means you are shopping and supporting a proudly local business! 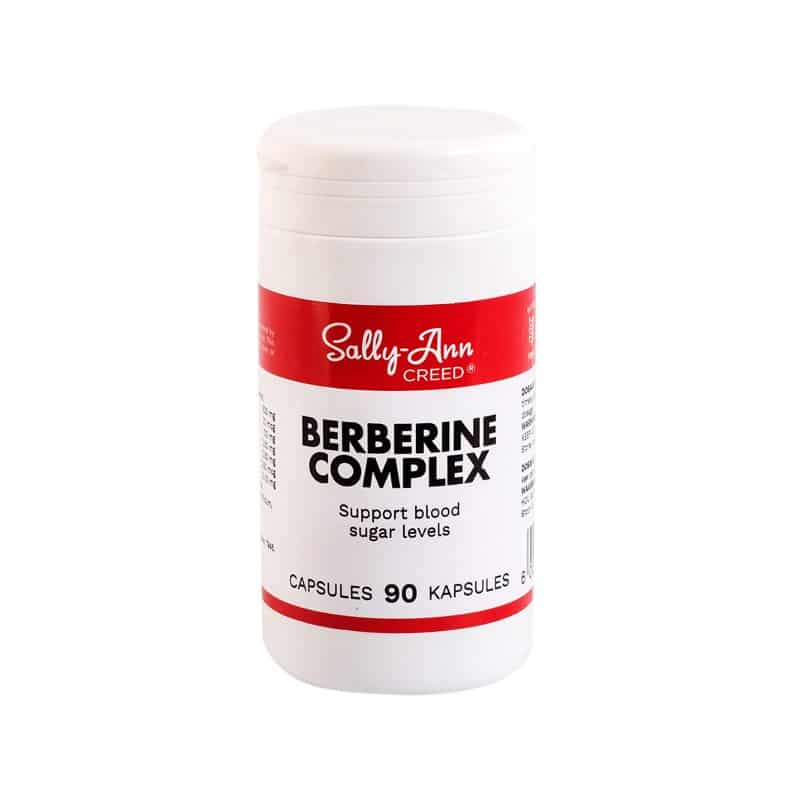 Sally-Ann Creed
R650.00 Add to cart
Add to Wishlist
Add to Wishlist
Label
When you see this symbol appear next to one of our products – it means you are shopping and supporting a proudly local business! 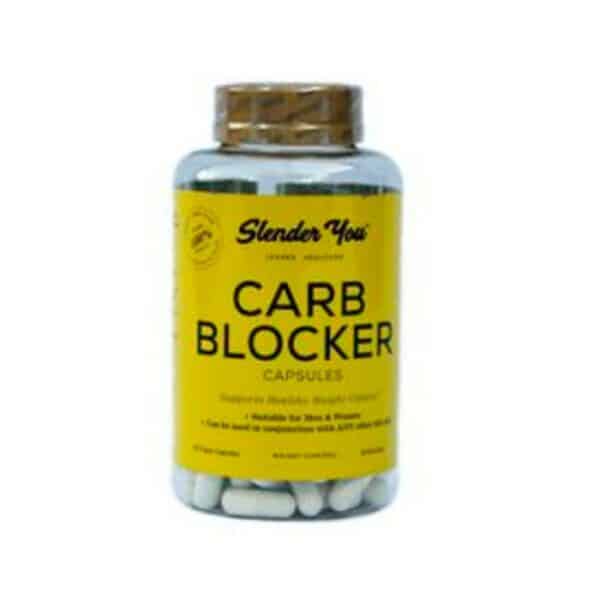 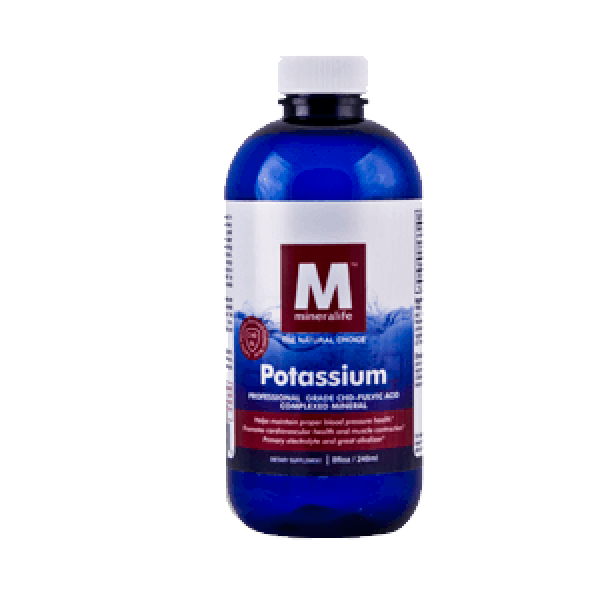 Mineralife
R500.00 Add to cart
Add to Wishlist
Add to Wishlist
Label
When you see this symbol appear next to one of our products – it means you are shopping and supporting a proudly local business! 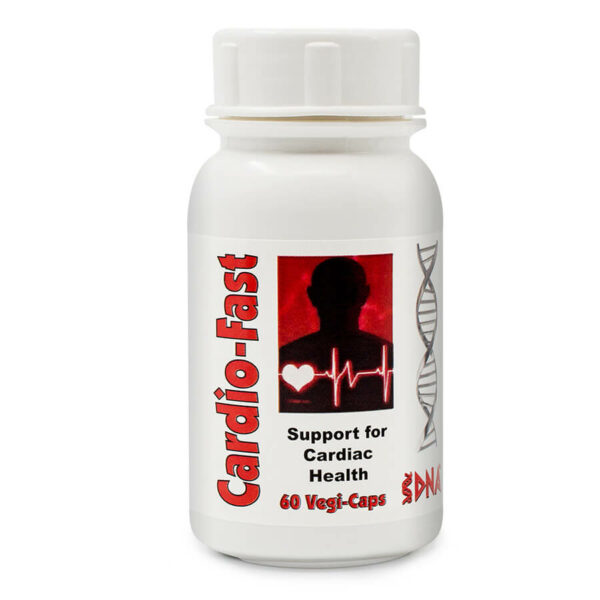 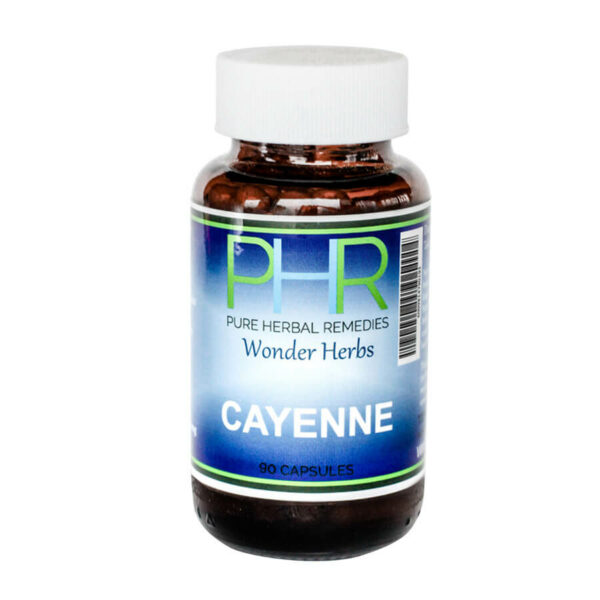 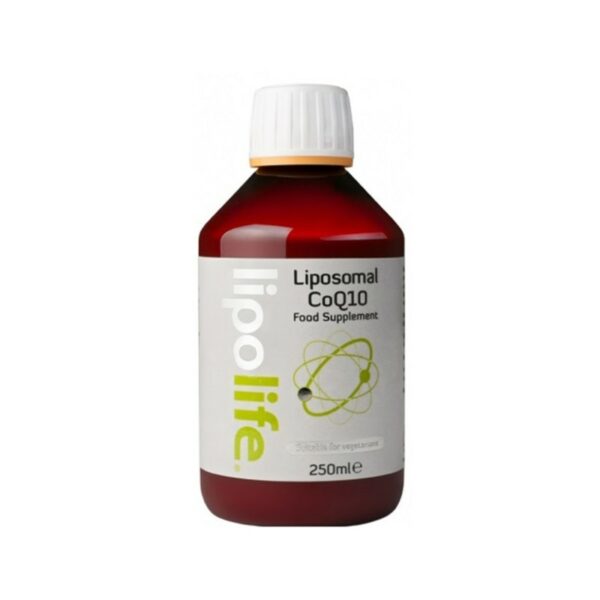 Lipolife
R1,135.00 Add to cart
Add to Wishlist
Add to Wishlist
Label
When you see this symbol appear next to one of our products – it means you are shopping and supporting a proudly local business! 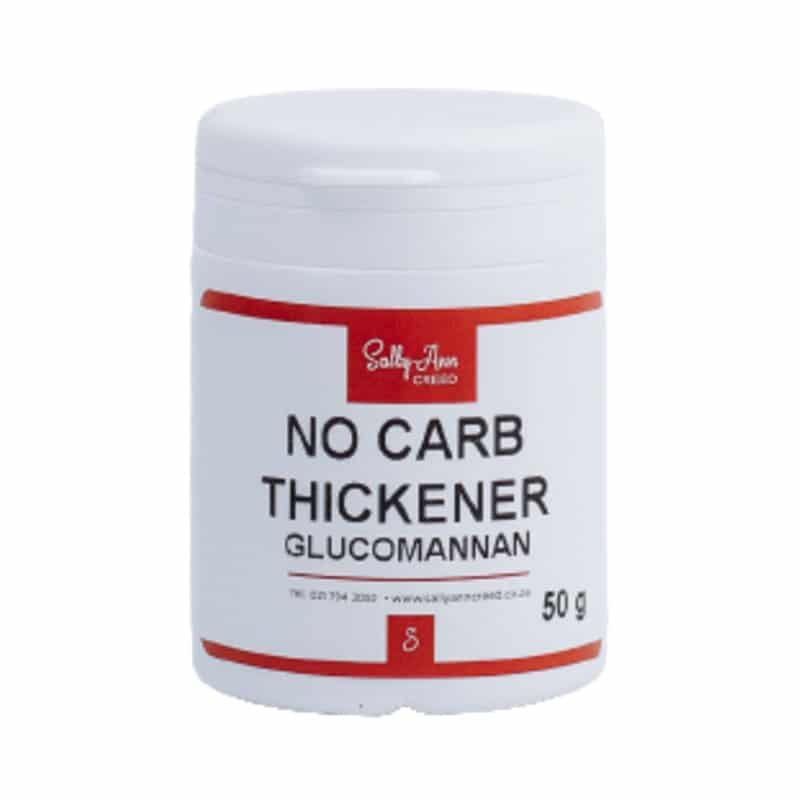 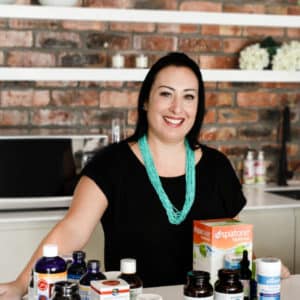