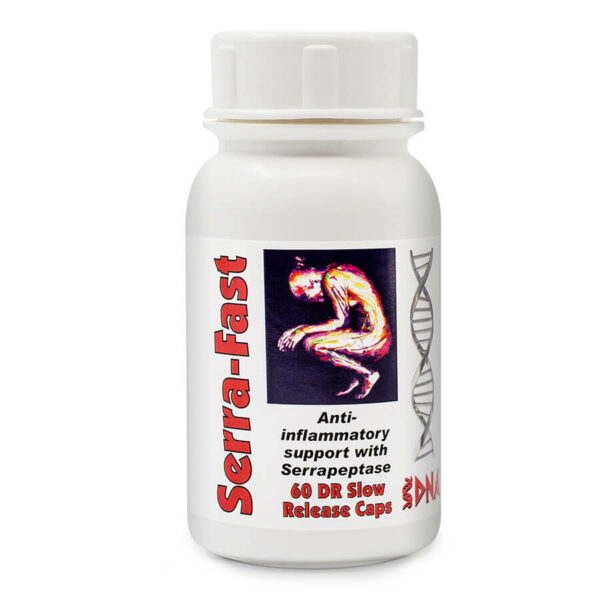 Serrapeptase – Is a proteolytic enzyme, which means that it breaks down protein into smaller components (peptides and amino acids) that the body can re-use. It is derived from the digestive system of the silk worm, which regurgitates serrapeptase to break free from its cocoon. Although the Serrapeptase enzyme was discovered in silk worms, no silkworms are actually used in the manufacturing process of commercially available Serrapeptase supplements.  The enzymes are extracted from Serratia bacteria, and grown in controlled environments without the use of a silkworm host.

Anti-inflammatory Benefits of Serrapeptase
Cancer: Serrapeptase can make other cancer treatments, both natural and conventional, work better. This is because it can dissolve the outer protective layers of cancer cells and tumors. This then enables the immune system, drugs or natural anti-cancer agents to attack the cancer cells. Proteolytic enzymes like Serrapeptase can stimulate the body to produce something called tumor necrosis factor (TNF). TNF has been shown to kill cancer cells and stop viruses from reproducing.

Chronic Bronchitis: This horribly annoying condition involves chronic coughing, heavy sputum (or mucous) production, chest pain and difficulty breathing. Conventional medicine treats it with repeated prescriptions for antibiotics, steroid inhalers, expectorants and other toxic compounds. Serrapeptase loosens sputum and reduces the frequency of cough and expectoration. The bronchi and lungs get a better chance of healing and dependence on drugs is markedly reduced. Studies indicate that, when antibiotics are used in conjunction with Serrapeptase, more antibiotics are delivered to the site of the bronchial infection. This enables the antibiotic to be more effective. Reducing the sticky and obstructing mucous with Serrapeptase can make a big difference for healing.

Fibrocystic Breast Disease: This condition, often a forerunner of breast cancer can involve painful swollen breasts, especially premenstrually. Cysts and areas of hardness in the breasts can be quite uncomfortable for most women. Double blind studies conclude that Serrapeptase can reverse this condition.

Irritable Bowel Syndrome: Serrapeptase can help without side effects because it can digest dead and inflamed tissue that prevents healing. The diet can be cleaned up and Serrapeptase can prevent the build up of toxic waste causing the irritation.

Brahmi (Bacopa monnieri) – A plant commonly used in Ayurvedic medicine, has an age-old reputation for being an effective and powerful herb helpful for memory and combating stress. Bacopa monnieri, known to most as Brahmi, acts as an adaptogen; which means it helps the body adapt to new or stressful situations. The following facts show the power and versatility of this therapeutic plant.

Supports the Brain
As people age, it’s common for age-related brain degradation to happen. The active compounds in Brahmi, known as bacosides, positively influence brain cells that prompt the regeneration of brain tissue. In one animal study, long-term supplementation with bacosides showed therapeutic value against the rapid degeneration associated with Alzheimer’s disease.

Strong Antioxidant Activity
Brahmi provides protection against oxidative damage, a type of cellular damage caused by free radicals. The herb has also been shown to enhance antioxidant activity in other organs, like the kidneys.

Curcumin – Arguably, the most powerful aspect of curcumin is its ability to control inflammation. Studies found that curcumin is among the most effective anti-inflammatory compounds in the world. Diseases such as cancer, ulcerative colitis, arthritis, high cholesterol and chronic pain can be the result of inflammation. The anti-inflammatory effects of curcumin have also been studied as a possible treatment for Alzheimer’s disease. An in-depth analysis of all the studies evaluating curcumin’s ability to manage inflammatory bowel disease (IBS, Crohn’s disease, and ulcerative colitis) found that many patients were able to stop taking their prescribed corticosteroids because their condition improved so dramatically by taking curcumin.

MSM – Methylsulfonylmethane is a sulphur (a chemical) found in fresh raw foods including fruits, vegetables and meat. MSM, is a white crystalline substance that contains 34% sulphur. 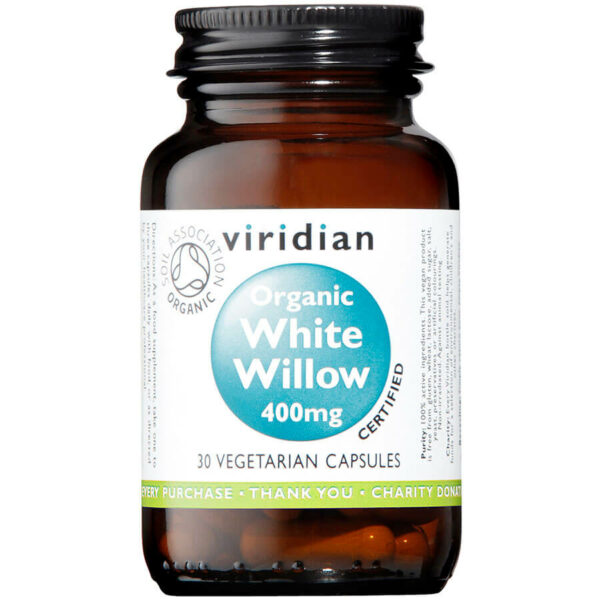 Viridian
R150.00 Add to cart
Add to Wishlist
Add to Wishlist
Label
When you see this symbol appear next to one of our products – it means you are shopping and supporting a proudly local business! 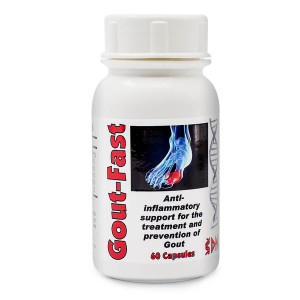 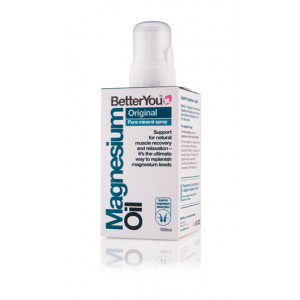 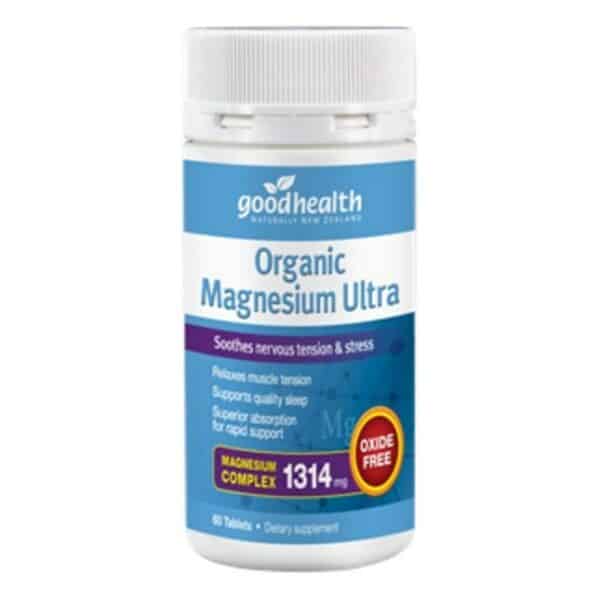 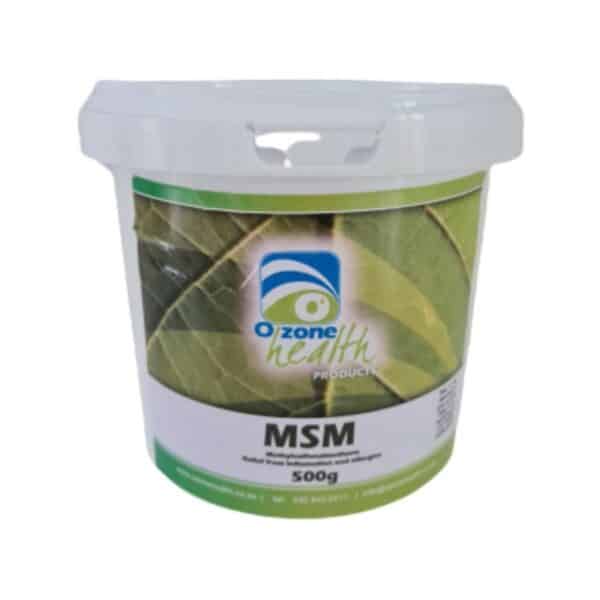 Ozone Health
R250.00 Add to cart
Add to Wishlist
Add to Wishlist
Label
When you see this symbol appear next to one of our products – it means you are shopping and supporting a proudly local business! 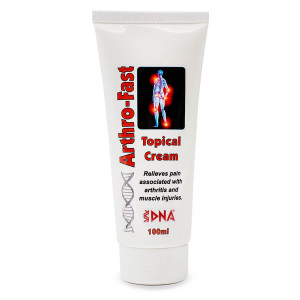 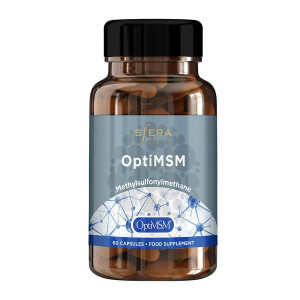 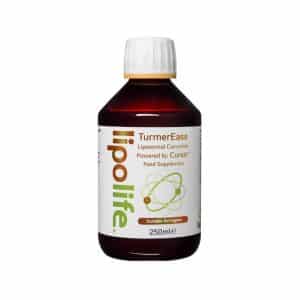 Lipolife
R1,215.00 Add to cart
Add to Wishlist
Add to Wishlist
Label
When you see this symbol appear next to one of our products – it means you are shopping and supporting a proudly local business! 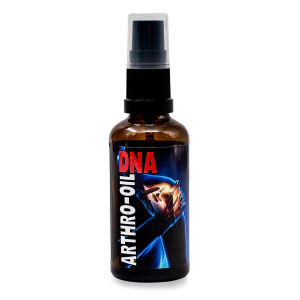 DNA Biopharm
R140.00 Add to cart
Add to Wishlist
Add to Wishlist
Label
When you see this symbol appear next to one of our products – it means you are shopping and supporting a proudly local business! 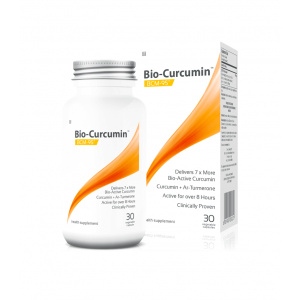