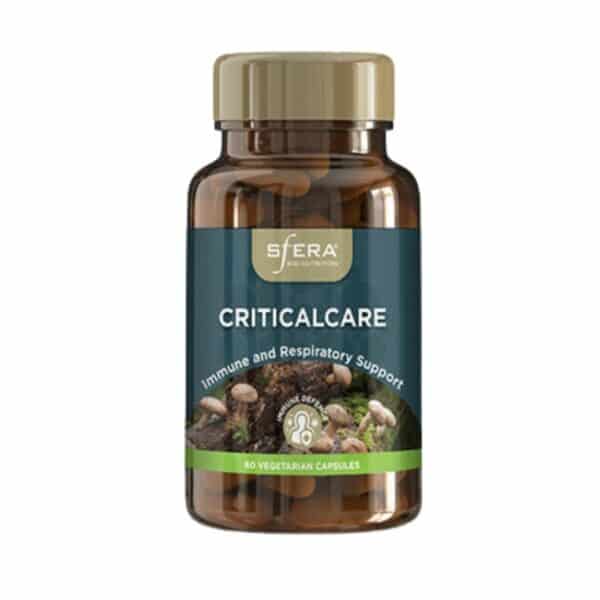 Critical care complex is a mixture of Mushrooms and herbs aimed at boosting one’s immunes system.

Pay over 3 EQUAL zero-interest instalments of R108.34 with PayJustNow.
Find out how...

Some benefits of Critical care include:

Andrographis
Also known as “Indian echinacea,”andrographis (Andrographispaniculata) is an herb long used in traditional Chinese medicine and Ayurveda medicine. A bitter-tasting herb, andrographis is rich in compounds known as andrographolides, which are thought to have anti-inflammatory, antiviral, and antioxidant properties. It is excellent for upper respiratory infections.

Astragalus
Astragalus is a plant native to Asia. The Chinese name of the herb, huang qi, means “yellow leader,” because the root is yellow and it is considered to be one of the most important herbs in traditional Chinese medicine. The part of the plant used medicinally is the root.
One of the key uses for astragalus, in alternative medicine, is to improve immune function. One of the ways astragalus is said to work is by increasing the production of immune cells. It may also have mild antiviral activity and help with the prevention of colds.

AdhotadaVasica
The leaves, roots and flowers of Adhatodavasica also called vasa or vasaka were used extensively in traditional Indian medicine for thousands of years to treat respiratory disorders such as asthma.
Adhatodavasica is considered useful in treating bronchitis, tuberculosis and other lung and bronchiole disorders.
A decoction of the leaves may be used as an herbal treatment for cough and other symptoms of colds.The soothing action helps irritation in the throat and the expectorant will help loosen phlegm deposits in one’s airway.

Shiitake (Lentinula edodes)
Common Names: Shiitake, Xiang Gu, Black Forest Mushroom
Shiitake is used as an anti-cancer drug in Japan and sanctioned for this purpose by their FDA.
It has many health benefits, such as its ability to lower blood pressure and reduce cholesterol. It possesses powerful antioxidant properties that help the body fight the damage of free radicals. It is also known to reduce inflammation. It also has many beneficial vitamins and minerals.
This mushroom contains Lentinan. Lentinan is used by some to treat cancer of the bowel, liver, lung and stomach. It increases the production of beneficial killer cells. It may also be helpful in the treatment of AIDS.
Shiitake may treat and prevent thrombosis (blood clots that decrease blood flow). It some tests an Nihon University in Japan, Shiitake mushroom oil was shown to decrease platelet aggregation due to this mushroom’s lanthionine content.
Shiitake is loaded with powerful antioxidants, like vitamins A, C, D and E, selenium and uric acid. Though more research is needed, it appears that Shiitake may be able to lower high blood pressure.
This mushroom can lower cholesterol levels and boots production of interferon, which exhibits an anti-viral effect. Some studies suggest that this may be a possible treatment for hepatitis.
The substance in Shiitake called polysaccharides is what gives this mushroom it’s powerful immune enhancing effects.
Adverse Reactions / Interactions:
May cause temporary diarrhoea and abdominal bloating in high dosages.
Allergic reactions are rare, but when they occur, they produce a characteristic whorl, similar to hives (‘shiitake dermatitis), on skin exposed to sunlight.
People with bladder cancer should not use raw shiitake.

Cordyceps (Cordyceps Sinensis)
Common names: Caterpillar Fungus, Tochukaso, Dong Chong Xia Cao
One of the many benefits of Cordyceps is the fact that it dilates the lung’s airways, providing more oxygen to the blood.Every cell is enriched by this process, enhancing energy levels and causing the body’s cells to work better.
It has been shown to improve the functioning of the respiratory system and is beneficial for people suffering from cough, asthma and bronchitis due to its anti-inflammatory properties and its action of relaxing the bronchial walls.
It has been used in the past to strengthen the immune system by increasing the amount of the body’s natural killer cells. These defend the body against bacteria and viruses. It benefits the entire vascular system by regulating blood pressure, strengthening the muscles of the heart and improving circulation.
It protects the kidney and liver by improving blood flow to these two organs and others. This helps them to better defend against diseases such as Hepatitis.
This herb is very popular with athletes as it can help build muscle and improve performance. The Chinese Olympic athletes are known to consume it while training and competing. It is said to noticeably increase the physical strength and stamina of anyone who consumes it.
Since this herb contains powerful antioxidants, it is often taken for its anti-aging properties. It also has sedative properties and can help promote deeper sleep.

Adverse Reactions / Interactions:
Do not use if on anticoagulant drugs, asthma inhalers, or immunosuppressant drugs for lupus, myasthenia gravis, psoriasis and rheumatoid arthritis. (Cordyceps stimulates the immune system).
Avoid using cordyceps for hormone-sensitive disorders such as breast cancer or prostate cancer.
Cordyceps are for the use of adults only.

Reishi (Ganoderma Lucidum)
Common Names: Reishi, Ling Zhi, or Ling Chi, Varnished Conk
Reishi mushroom (Ganoderma Lucidum) is a medicinal mushroom that can be helpful in combating many different health conditions.
A well-known benefit of consuming Reishi is its beneficial effect on the immune system. It promotes a strong immunity to disease. While some pharmaceutical medicines lose their effectiveness after a time, Reishi does not. It can be taken daily with no build-up of tolerance.
Reishi enhances the immune system, helping the body fend off sickness. This alone makes this mushroom very valuable as a health tonic. It’s also known to normalize the organs of the body, as it’s classified as an adaptogen. It improves the functioning of the body in many ways. It is a great stress reducer, possessing the ability to help boost energy or help one get to sleep depending on the needs of the body.
Reishi fights fatigue and restores the body’s natural energy levels while reducing high blood pressure and lowering triglycerides. It is very beneficial to the respiratory system and helps a person suffering from colds and coughs. It is probably best known for its ability to help the liver function properly and is used by patients undergoing cancer treatment like chemotherapy.
A recent study of Reishi extract showed that 92% of 355 patients with hepatitis showed great health improvements after treatment with this mushroom.

Cancer patients often take an extract of Reishi mushroom while undergoing chemotherapy. It reduced the side effects of the treatment, such as hair loss and fatigue. Reishi is also taken as a preventive and a treatment for cancerous tumors.
This herb has been taken by people after transplant surgery to reduce the risk of organ rejection. There is a special protein called Ling Zhi-8 in the mushroom that is believed to be responsible for this effect.
Taking Reishi mushroom is believed to lower your bad cholesterol (LDL). It helps to keep it from building up on the walls of the arteries. This may also prove helpful in reducing the risk of heart attacks.
Besides just treating many health problems, Reishi is also used as an effective preventive to disease. It is said to prevent most common diseases. While more research needs to be done, it does seem to keep people healthier when taken on a regular basis.

Adverse Reactions / Interactions:
Adverse reactions are extremely rare, but using Reishi for three to six months continuous my result in dryness of the mouth, throat and nasal passages; stomach upset; or nosebleed. These complications appear so seldom that their exact causes are not known.
If taking blood-thinning medications such as warfarin, use Reishi only under a doctor’s supervision.
Reishi might have hypotensive activity, so avoid using with antihypertensive medication. 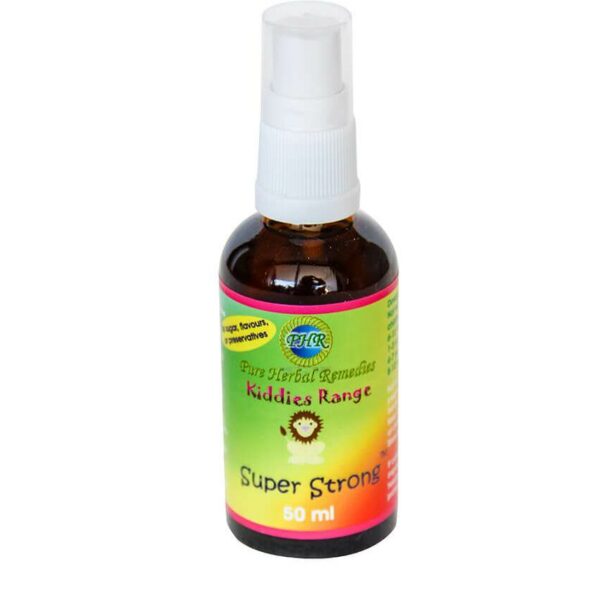 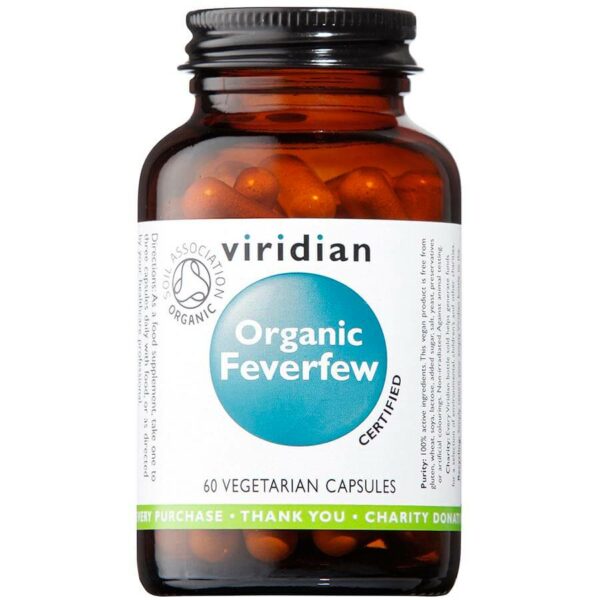 Viridian
Rated 4.00 out of 5
R250.00 Add to cart
Add to Wishlist
Add to Wishlist
Label
When you see this symbol appear next to one of our products – it means you are shopping and supporting a proudly local business! 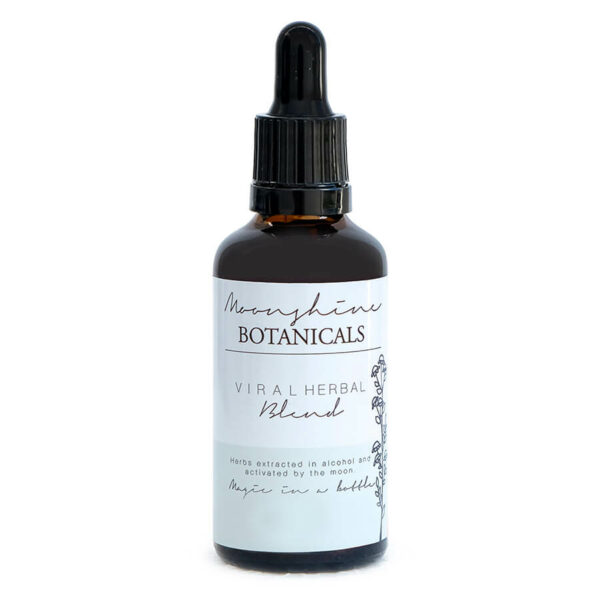 Moonshine Botanicals
R255.00 Add to cart
Add to Wishlist
Add to Wishlist
Label
When you see this symbol appear next to one of our products – it means you are shopping and supporting a proudly local business! 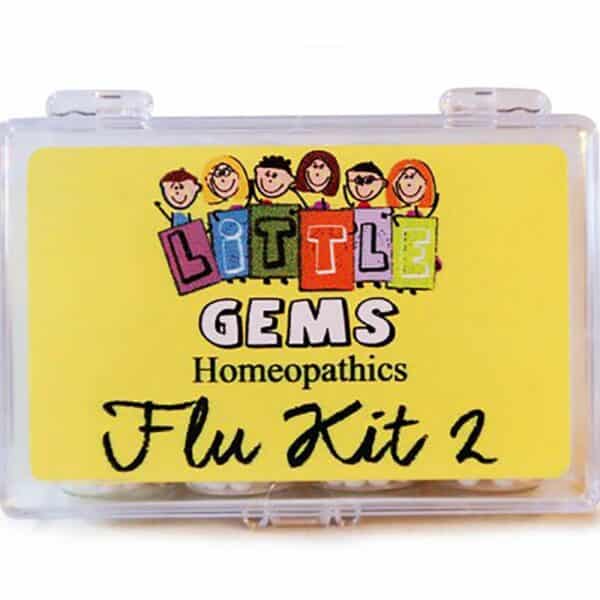 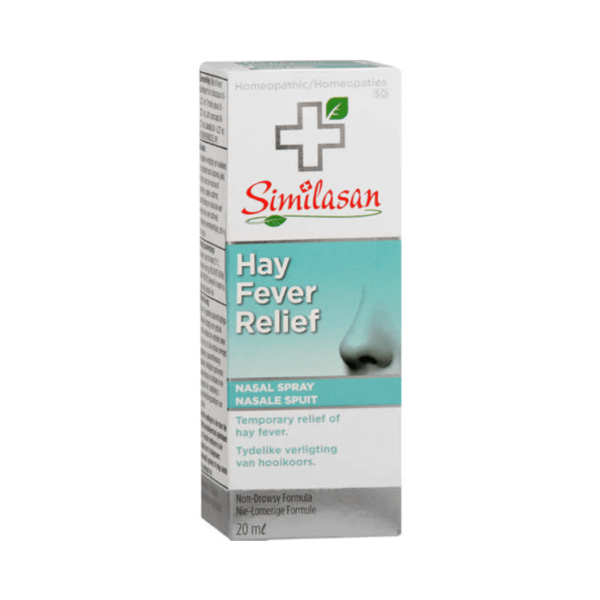 Similasan
R175.00 Add to cart
Add to Wishlist
Add to Wishlist
Label
When you see this symbol appear next to one of our products – it means you are shopping and supporting a proudly local business! 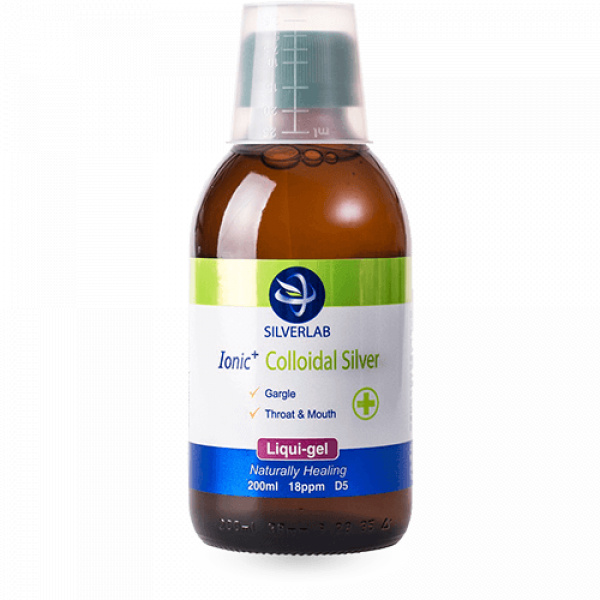 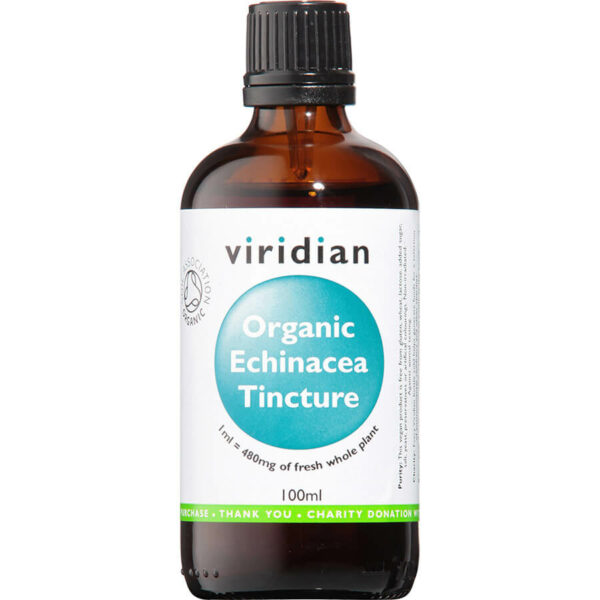 Viridian
R195.00 Add to cart
Add to Wishlist
Add to Wishlist
Label
When you see this symbol appear next to one of our products – it means you are shopping and supporting a proudly local business! 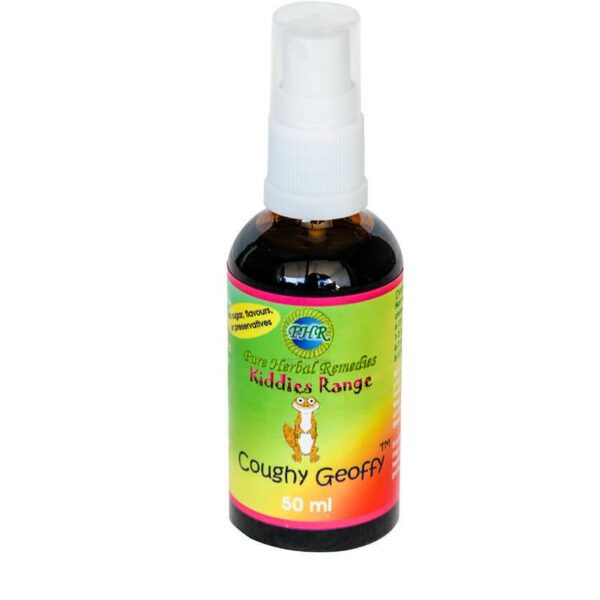 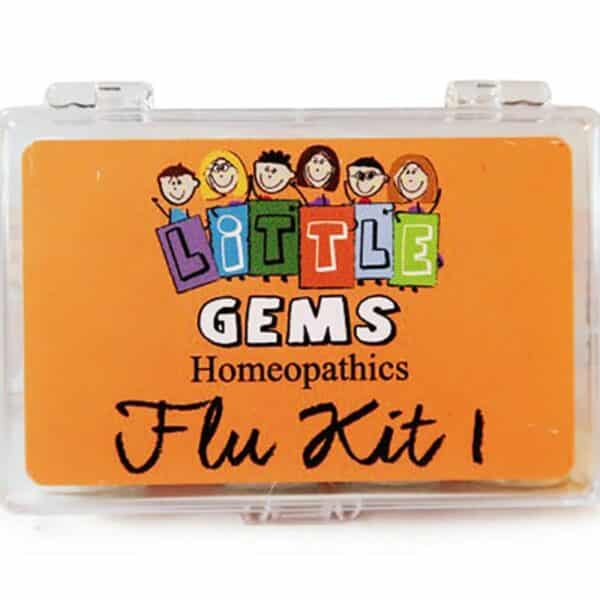 Little Gems Homeopathics
R235.00 Read more
Add to Wishlist
Add to Wishlist
Label
When you see this symbol appear next to one of our products – it means you are shopping and supporting a proudly local business! 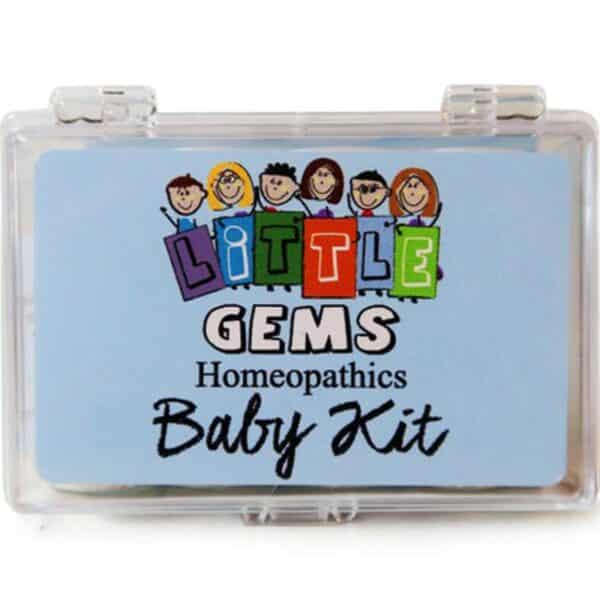